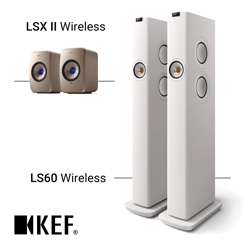 An utterly dependable stereo power amplifier that’s thrilling to listen to, 8300XP is a genuine audio thoroughbred – the perfect partner for the Audiolab 8300CD or the superb M-DAC range.

Available in Silver or Black finishes.

Delivering 140W per channel into 8 Ohms, 8300XP is capable of driving even the toughest of loudspeakers with sure-footed authority, combining the Audiolab class-leading neutrality with an unerring ability to engage the listener throughout a musical performance.

Exemplary build quality and reliability ensure that this is a power amp for all seasons. Versatility is increased by a choice of balanced XLR and single-ended RCA inputs, bi-wire speaker terminals and a pair of 12v trigger inputs.

Internal circuit components are of the highest quality, including the power and signal wiring, which is made of ultra-pure OCC (Ohno Continuous Cast) copper – all in aid of minimising distortion and maximising sonic clarity.

Flexibility is further enhanced by the ability to add a second 8300XP and operate in bridged mode, thus increasing the power output to 480W per channel into 8 Ohms.

All Audiolab amplifiers are gain-matched, ensuring perfect integration with other Audiolab components.

While their engineers have referenced the blueprint of the previous 8200 series, each of these new components have come under scrutiny to create a hi-fi system well ahead of what is already a leader in its field. With more efficient components, high-definition audio format technology and redefined aesthetics, the 8300 Series has raised the bar yet again.