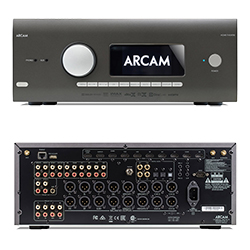 We are big fans of Arcam and their great range of premium AV receivers, processors, amplifiers, streaming technology and CD players. Come listen to the range and snap up a bargain before their prices rise in August 2020.